I’ve heard of athletes achieving a big goal and subsequently becoming depressed afterwards. It’s sometimes a strange notion: succeeding and being upset by the fact. Maybe it’s caused by a lack of future goals or races that can surpass the recent achievement. It could be because all that focus and energy required is suddenly gone now that there’s no longer a goal for which to train, strive, and dream. For me Redlands was a huge goal this year, and a top 20 was pretty much beyond what I thought I was capable of. Of course I hoped for a top 20, wished for stage wins, breakaways, KOM jerseys, etc. I spent hundred mile bike rides thinking  ONLY of Redlands. But in my own mind, being completely honest with myself, all those goals or fantasies seemed equally distant and impossible. Keep in mind that I’ve only finished Redlands once, and that was like 85th place.

There are plenty more big races to train and dream of this season, but I’m still a bit down anyways. In fact, the only time I felt really content was descending the Sunset Loop hill for that final time, knowing I’d made it, yet was still existing in that moment of success. This is probably why long celebratory victory salutes feel so good. It was hot, the sun was getting low, the pace was high at the front where Optum frantically set chase to Mancebo, but I was finally at ease–the one time all week that I let myself drift to the back and rest my mind and legs. I thought I had the amateur jersey locked up and was super content about that. But when we finished and I didn’t place as well as I wanted on the stage and then immediately found out that I was also not in the jersey, I very quickly took away any feelings of accomplishment from myself by wishing I’d done better. There’s always something to improve on in a stage race unless you win. Maybe that’s part of what got me down–knowing there were still 16 people in front of me and plenty more who could have been if they hadn’t been towing  their team leaders and us around all week.

The last bit of depression comes in the form of settling back down in normal life. Stage races are just so damn fun!—the travel, meeting new people, eating good food and not worrying (too much) about counting calories, semi-fame (in the eyes of very young children), being around your friends and teammates, and of course the constant adrenaline from races. Coming home to the 9-5 and getting outside in the snow to ride for two hours during lunch isn’t quite the same. I do have Adelaide though! And THIRTY cans of smoked herring to make endless rolls of sushi! Too bad I can’t eat sushi though…because of the calories. 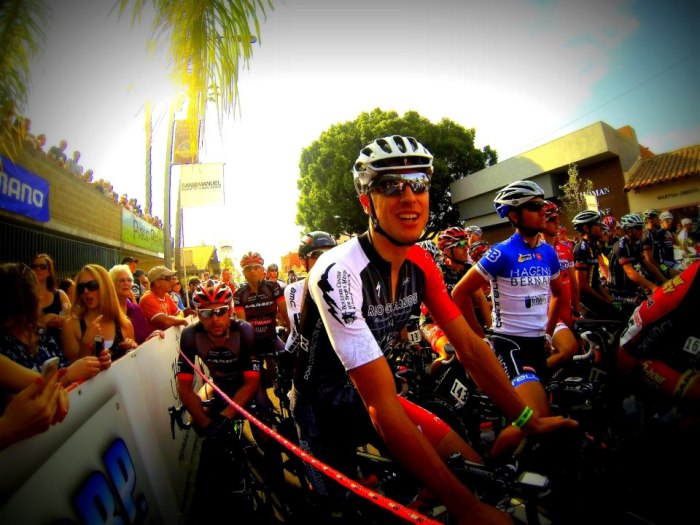 Thanks for the photo, Evan Hyde. We all hope to see you back on the bike one of these days.