Written Monday in the van:

It’s dusk and we have less than 40 miles to go. We’re currently winding our way up the narrow mountain road from Truth or Consequences to Silver Cit, NM. The van is leaning over further than I like to lean in crits but we’ve been driving so long now I don’t even care about the massive ravine to the left. Assuming Scott doesn’t drive us off the road we should be there before 9:30. I should probably put my seatbelt on.

There wasn’t much time between Sea Otter and Gila so I made sure to overcook myself right away. Despite only going hard two days this past week, I’m definitely going into Gila with a hefty amount of fatigue in my legs. I’m hopeful though and hope alone will pull my tired leg muscles together.

I took Monday through Wednesday easy or off, then blew my legs to bits on Thursday with a nasty set of VO2 intervals right before a hard afternoon group ride with Nick (the Bus Stop). My recovery was ultra slow the following two days, which I had to take easier than planned.

I just found this out, but I realized I was fighting off a cold the past week. Adelaide is mildly sick now, and I was a slight bit more nasally than normal two days ago. This helps explain why I was so low on energy and weak. But, since I never actually got sick, this proves that my body is either A) vastly superior at fighting off colds than it has ever been before, due to sheer will power, B) taking bovine colostrums really does help, or C) I don’t have a third option but things sound better grouped in threes.

On Friday night Adelaide and I drove down to Colorado Springs for her 50km trail race with 8,000-feet of elevation gain, which she did in six hours the next morning, Saturday. I spent the day eating two breakfasts at the hotel buffet, riding for 90 minutes, being tired, then basking in the sun beside the trail as the runners panted by in the dusty heat.

The following day I raced a local road race called Deer Trail. It was in the town of Deer Trail (cool name bro), which is east of Denver. I wasn’t aware people lived east of Denver. Deer Trail has a population of 28 I believe. It is the “home of the eagles,” NOT the deer. I assume the only reason they haven’t changed the name of the town to Eagle Trail is because Eagles don’t need trails nor do they make them, like Deer do.

The road course was a V except with a 90-degree angle in the middle. So like half of a square I guess. Or an L except with the lower part being equal in length to the upper part. We did two laps of it, which meant going around cones in the middle of the road on either end twice. Imagine the most boring course you’ve ever done. Okay, now imagine something even more boring than that.

Within a couple miles from the start I formed a five-man breakaway (Brad Bingham of Horizon, Kevin Selker of Groove Subaro, Drew Chistopher of Primal and Chris Carr of Falcon Networks). The break became four on the second lap, but before that, literally within three minutes of getting up the road we already had a four-minute gap on the field. At the end of the race it was 9 minutes despite a lot of soft pedaling for 20 miles then five miles of attack, sit on, attack, sit on, etc. There’s your definition of ‘lollygagging’ right there back in the pack, except for a few select guys who I heard attacked precisely 297 times each.

The road was 100% completely dead flat except for the constant rollers. The wind helped make it a bit more fatiguing as well. I was able to take some decent pulls, but was feeling pretty awful. I would have attacked way more at the end, or half way through actually, but didn’t have it in me, so it ended up being a four-man sprint. I got 2nd.

I’d driven the van out to the race with Nick, who won the field sprint for 5th place. Combined, we made a grand total of $80. The race entry was $40 each, plus $32 of gas money. Stay in school kids. Wait, I stayed in school. Okay, stay in school and then don’t take up bike racing for monetary gains. Just do it for the world-wide fame and leg veins.

Nick and I turned the van heater on after the race for 40 minutes on the drive home and got it up to a svelte 110 degrees in preparation for the heat of Gila. Turns out it’s only going to be in the 60’s and 70’s this week. PS I know that’s not the proper use of the word svelte. There is no proper use of the word svelte. It should be deleted from the english language.

That night as I washed my bike I discovered a large crack that was 75% through my seat stay. The remaining thread of carbon was just barely holding the bike together–aftermath of the Sea Otter crash. Luckily we have a spare frame that our mechanic, Alex, has agreed to assemble with my old components. Building a new bike the day before a race is pretty routine for me these days.

Man this is a super boring post. Maybe tomorrow I’ll doctor it up a bit with some exuberant words and stuff. The van is vibrating and swerving so much I can hardly see the words on the screen right now.

I went through yesterday’s writing and made it slightly better. Today we rode the TT course and I found out my Planet X TT bike is a stupid piece of shit. I’ll spare you the boring details but I spent an hour at the Bike N Hike this afternoon and they fixed it with a new derailleur and a handmade shim, saving Alex a lot of swearing and unsuccessful hassle, since the new derailleur was a necessity. Thanks Silver City Bike N Hike! Now I must go eat more kippered herring to lube my poop so I can be light for tomorrow’s big climb up the Mogollon.

This is how much I peed on the drive back from Deer Trail. 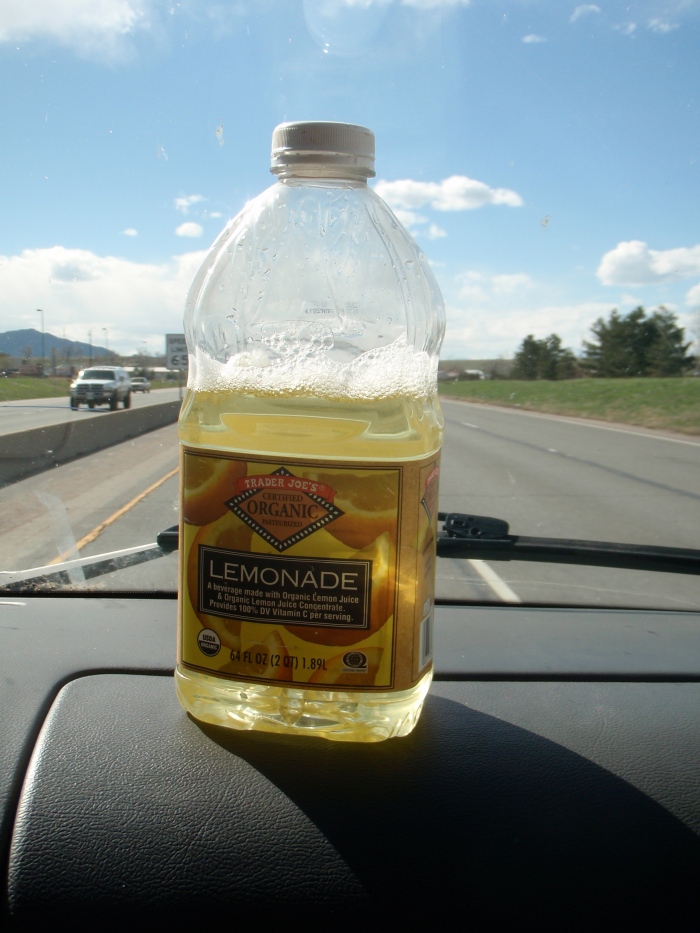 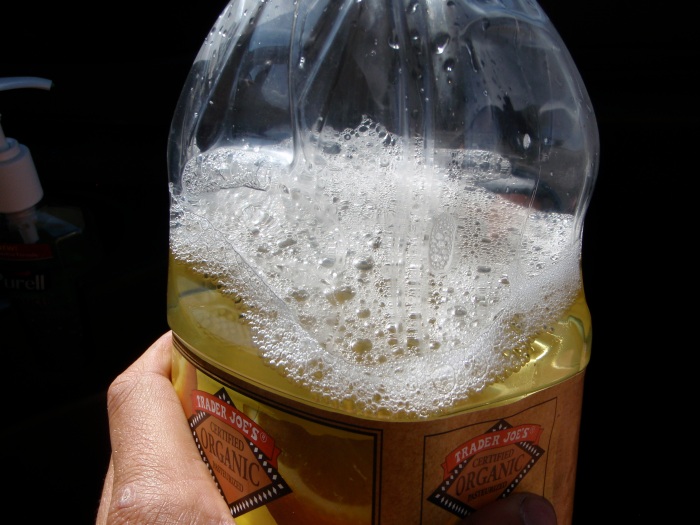