Would you take $50 today if at some unknown time (it could be a day from now or 40 years) someone peed in your open mouth while you slept? I think you know my answer. My apologies to the guys behind me descending Sunset; they got a mouthful without the monetary reward. I pissed myself twice today since there was no place at all to pee except the 55mph descent. And I dared not take my dick out at that speed.

The race went well for me–almost fantastic, but not quite. I needed one particular guy to crack: the current best amateur in the white jersey. I never saw him at all so I assumed he’d been dropped, and since I knew the other two guys in front of me in the amateur competition were out of my group, I thought I might have the jersey sealed up. In fact I was so happy at the thought that I was smiling while we descended back into town after the 12 circuits. But the guy, Justin Rosi, had been dangling at the back all day so sadly I ended up second in the best amateur competition.

Sunset is a ridiculously difficult 94-mile day. We start out in town and do two abbreviated laps of the crit course to give the sprinters an opportunity to go for some extra sprint points. From there we do a gradual climb on big roads up to a 6.5-mile circuit, of which we do 12 laps. The circuit opens with a steep ramp, a gradual false flat, and some rollers at the top with bad pavement. At the top you’d be able to overlook the whole LA valley if the smog wasn’t so thick. It’s basically up one direction and down the other, with quite a few technical turns at high speed and a lot of big chunks of gravel shooting up at you from the crappy roads. The course was designed to crack the human spirit, which it’s done to me twice before. But not today.

I had Aaron help position me during the run-in to the circuits. It’s crucial to be in the top 50 at one particular corner when you get onto the circuit. From there it’s a super tight, twisty road and hard to move up. I put in a solid dig on the left side after losing Aaron’s wheel to get myself up into the top 10 in that corner. So far so good. After the twisting, rolling section we take a couple more left turns and the climb begins.

Feeling abnormally good, I moved up pretty strongly on the first steep section, getting back up into the top 20 or so after losing position on the twisty lead-in. I crested the KOM feeling good but breathing pretty damn hard. After the KOM there’s still some hard rollers before the feed zone and the descent.

The following nine laps went by fairly easily. Easily is a loose term. At one point some attacks were going off and I stood up to follow and dropped my chain super hard, creating a big gap in front of me. Like 25 guys, including most of the GC leaders, got up the road for a lap because of it. Well aren’t my cheeks red! Luckily they got brought back. I even closed the final gap to them, dropping my chain again in the process. I made sure to not shift down anymore while standing up. Before the race I had the mechanics at the neutral Shimano pit check out my shifting and they noticed that my rear derailleur cable was cracked and splitting. There hadn’t been time to fix it.

I put in an attack of my own mid-way in the race, hoping to draw some other guys out or at least get up the road and be positioned well during the false flat section where all the gaps would open up if things got hard. No one even thought of going with me, likely because I’m still a nobody apparently. So I sat up and waited for Five Hour Energy to bring me back. Side note: I’ve never been pushed around and disrespected so much in a race before. I was climbing in the top 10 or 20 for most of the laps and would constantly get guys cutting in front of me and stealing the wheel. I assume it’s because everyone was super stressed about finding the right wheel that wouldn’t get dropped and since no one recognizes our new Rio kits yet and no one expects a random rider to be strong, they weren’t comfortable being on my wheel. That or they were just a being douches. Probably that actually. I’ll get my revenge.

Anyways, things didn’t really get that hard until the final two laps. Matt Cooke and Mancebo attacked hard and blew shit to pieces at the base of the climb. Gaps were opening up everywhere and guys were coming apart left and right. I made it through (barely) in the main chase group of 15. Things came back together at the top when we slowed down. Mancebo was now off by himself in pursuit of Andrez Diaz, who’d been off the front solo for the three previous laps. He caught Diaz and the two opened up the gap with Chad Haga (the race leader) being in a spot of bother like the rest of us mortals. His teammate Zirbel came to the rescue and the two of them started pulling to bring Mancebo back, to no avail.

We went slower the final time up the climb to my delight, though in hindsight maybe if we’d gone harder I’d have ended up in the amateur jersey. I think most of the pack was on the rivet. I’ve been timid about attacking or going with the hardest attacks this whole week, not confident that I’d survive a counter attack after my own dig failed. Probably best for me to be conservative until I get a better idea of my current form and how I actually stack up against the fast guys. I feel like a completely different rider than in years past. Something’s finally clicked.

The Optum boys were never able to pull Mancebo back, who dropped Diaz on the final lap of the five crit circuits back in town. He won the race and the overall. Crazy strong doesn’t begin to describe it. Jamis, Elbowz, Jelly Belly, AND the biggest, strongest guy in the race (Zirbel) couldn’t pull him back. On a descent followed by a flat road!

I was too far back, as usual, to contest the close sprint for second place. I was hurting but not as bad as some other guys. We had 35 left in the group and I only managed a mid-pack placing with 16th. Should have moved up more with three to go. I really didn’t expect it to be single file with big gaps forming on the last two laps. It’s all about positioning you idiot Kennett!

But I won’t complain with a 17th GC and 2nd amateur, which is my best result to date. I’ve got to get better at the time trial though. That’s what it really came down to. Next up is a local TT and TTT this Saturday, followed by a good local road race on Sunday. The following week I tackle Sea Otter solo and go for the podium.

Nick pulled out a wicked strong performance today (he’s from the East Coast so I assume wicked is fitting), and finished in the lead group with me. Colt, Aaron, Scott, and Garrett (who suffered a flat tire) all finished and our team ended up 11th in the team GC competition, beating out a ton of other strong teams including Bissell. Yeah. I didn’t see that coming either. Thanks to Trevor and Alex we were supplied with plenty of water and Coke during the race from the feed zone, and everything logistic-wise was taken care of for a super stress-free week of racing. Or as stress-free as one of, if not the, biggest races of the year can be.

After the race we got packed up and headed to Eureka! Burger and meowed down on some fatty meat patties, fries, and beer. We’ve got another hour or two in the van before we reach Vegas and it’s already 11:30. Gonna be a long day. Tomorrow will be too. The $5 breakfast buffet in the morning will heal all.

Random Nick quote of the day: …“and that’s saying something because I’ve seen a lot of dick…just sayin.”

Oh yeah, I forgot to write about the crit yesterday. It was 90 minutes, fast, fun, I held good position, didn’t crash, didn’t contest the sprint since I was too far back with two laps to go because I hadn’t moved up in time, and I got 25th. I’m happy I conserved and didn’t go with any attacks, though it was tempting. Also, I got in a lot of good training yesterday and put in 4.5 hours of total ride time. Stupid? Yes. 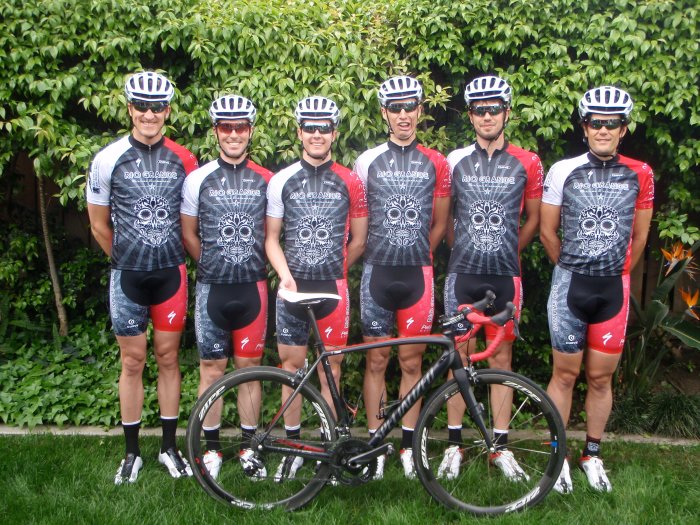 One thought on “Redlands 2013 Final Stages”