Yesterday Adelaide and I set off to do a Boulder tradition that, somehow neither of us had thought of doing until recently: the Skyline Traverse. It involves hiking and/or running all the major peaks—South Boulder, Bear, Green, Flagstaff, and Sanitas. In total, it was 19.7 miles and 6,000 feet of elevation gain. We drove to south Boulder and were on the trail by 8:00. My guess is that we ran about 7 miles total and hiked the rest. The trails weren’t too crowded and it ended up being a perfect day. 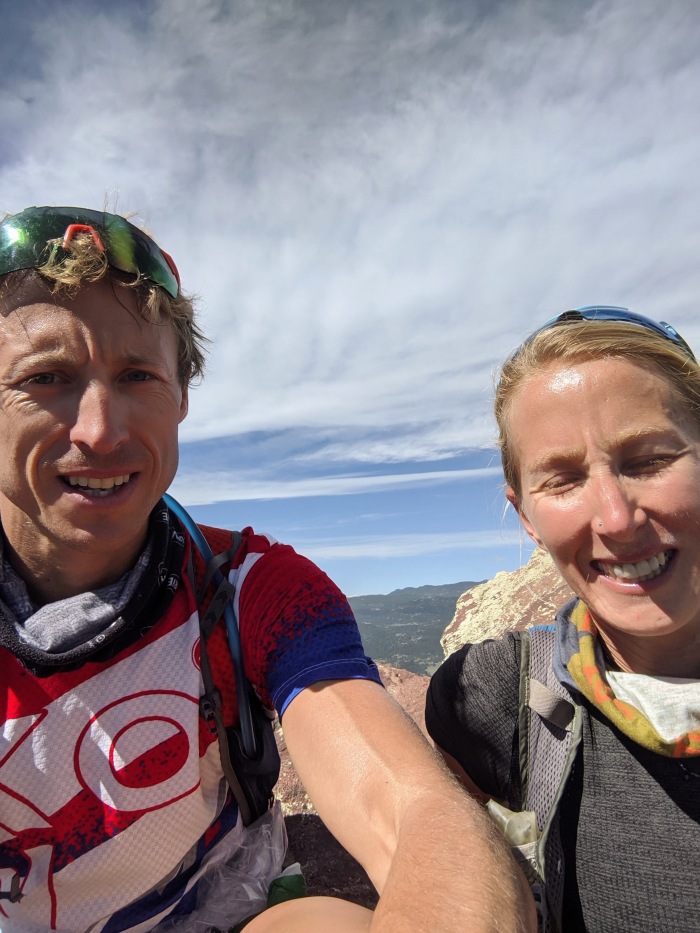 Top of South Boulder. Adelaide’s favorite of the day. Shadow Canyon is one of my favorite sections too. 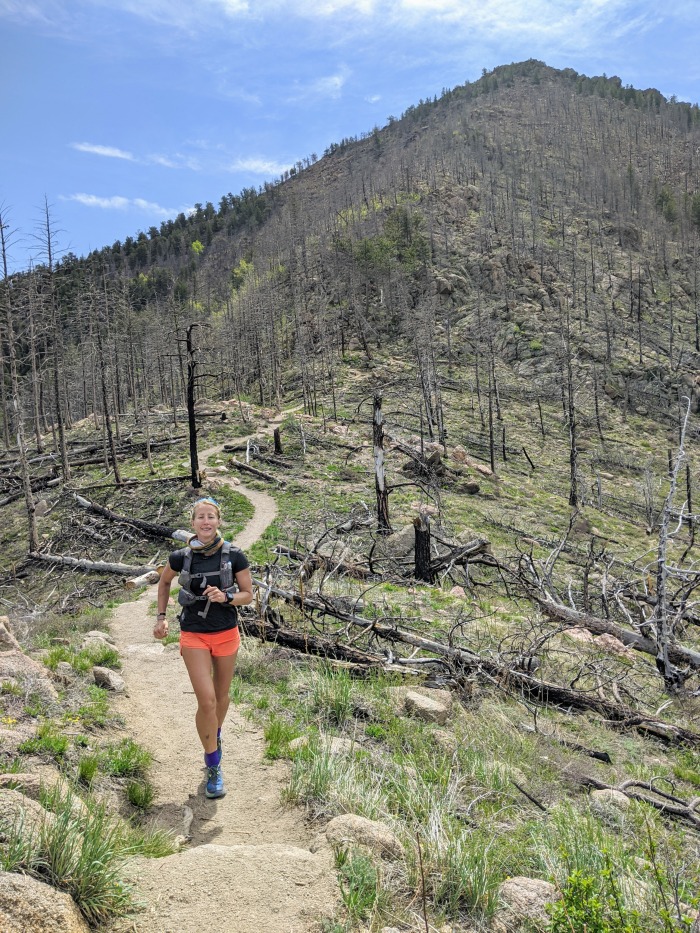 Two down, three to go. Coming down Bear Peak in the background. This and the next few miles is the most scenic, runnable portion I think. 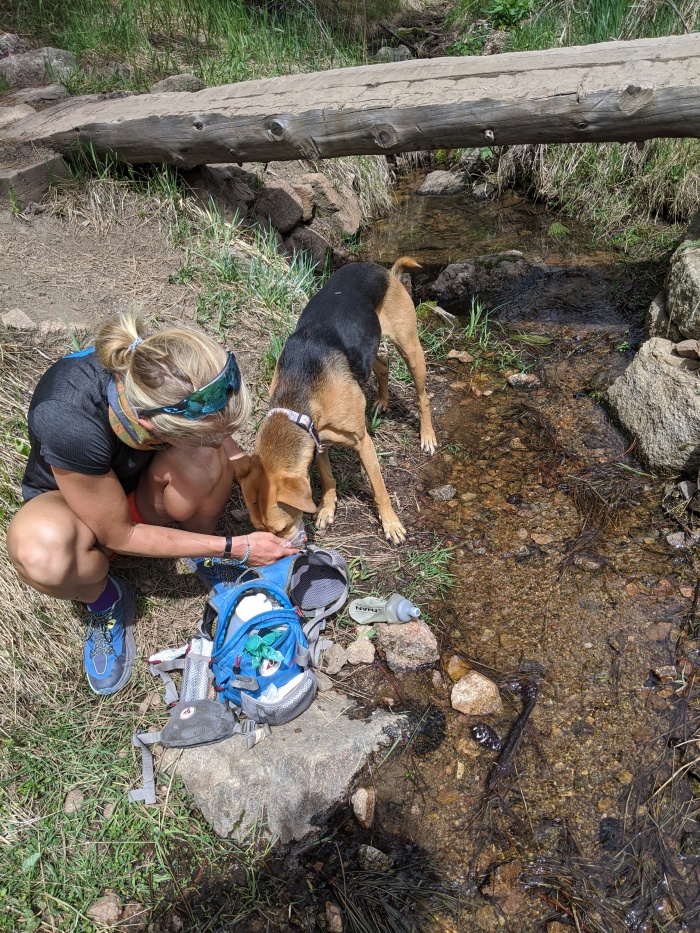 Kibble, doughnuts, Snickers, clif bars, and trail mix. And lots of water stops for the Hound.

Top of Green. Things were starting to heat up.

Heading down Flagstaff, which felt loud and crowded after the seclusion we had at the backside of Bear Peak. Not that I need to be reminded of how loud and obnoxious traffic is, but all it takes is spending a few hours in the quiet of nature to open your mind—or ears—to the intense noise that we live in every day.

Maybellene nudging for food and/or water. I think this was on Sanitas, when legs were beginning to fail. 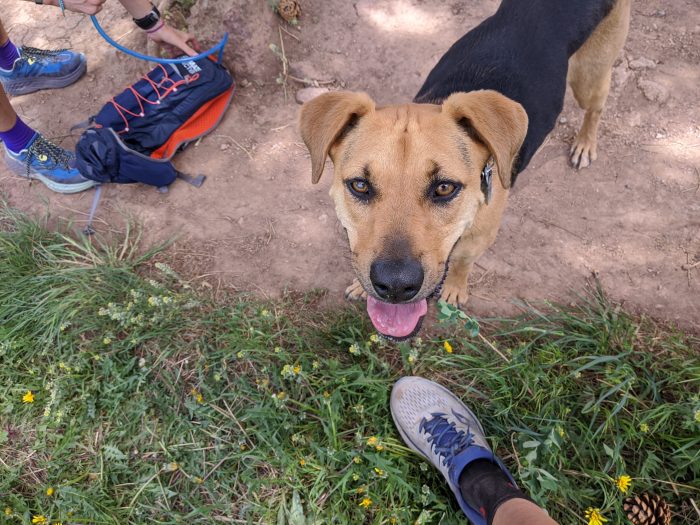 Backside of Sanitas after summiting in the heat of the day. Maybellene was feeling the sun by this point. I believe it got into the upper 80s by the afternoon. We brought five liters of water, but had to refill at Ebin G Fine park earlier. In total, we drank 7 or so liters. 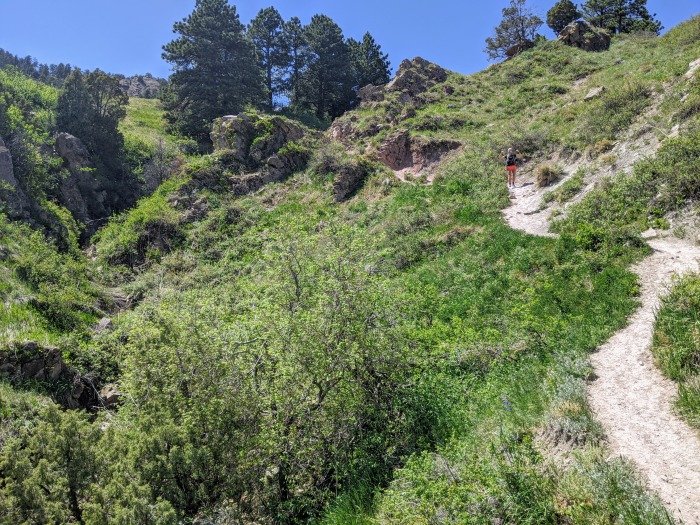 Goat trail to Linden. Almost there! 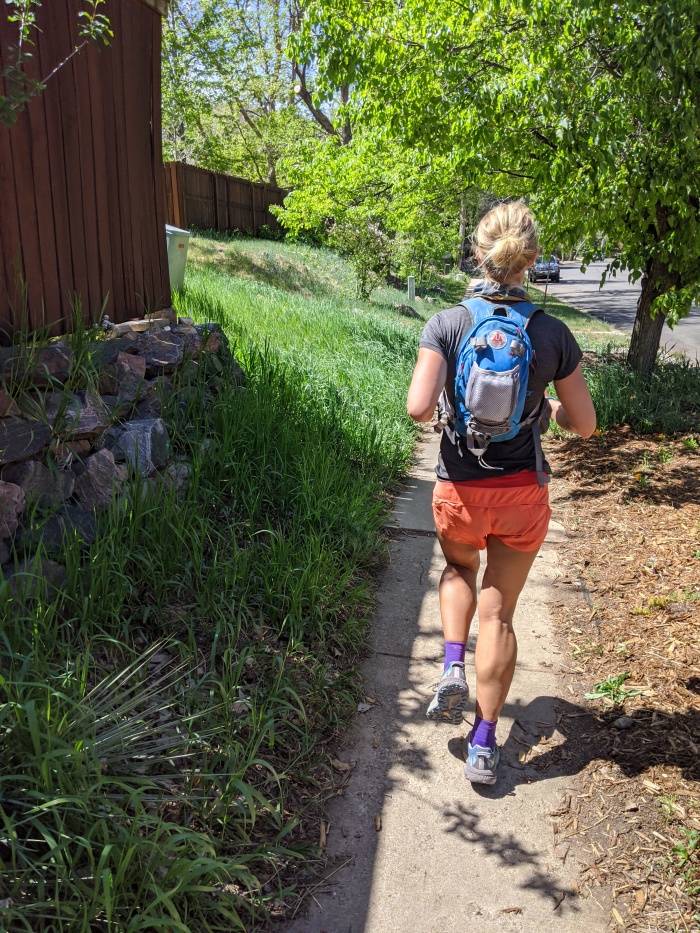 Nothing but pizza and cold soda on the mind at this point.

One thought on “Skyline Traverse”