I got back  from Cascade and had just one day in Boulder before leaving again. This time it was to Park City, Utah but not for a race. This time it was for work. Hard, monotonous, boring work…that consisted of riding downhill mountain bikes for three days in a row with lift access so we didn’t even have to pedal uphill! It was awesome. By far the funnest time I’ve had on a bike in a while.

Here’s a video Alex put together with some GoPro footage:

We spent the mornings getting footage of new products and talking to manufacturers, while the afternoons (and all of Saturday) were spent testing out new bikes on the sometimes steep, rocky, rooted, sometimes smooth-bermed, winding, aspen-lined trails at Deer Valley. I crashed many, many times.

Probably the best story of the week came from Shane, who, on the last day, was riding a Jamis without a seatpost dropper and had to ride with the seat way too high the whole day. He took a hard blow to a very sensitive organ from the saddle (not the tip) while dropping down one of the double black diamonds. Not a nut shot but a full on mid-section penis shot. Dangerous to say the least. Later that afternoon he peed out a bloody scab. I saw the proof in the toilet bowl. Trip=success. (AKA Scab Burns).

Pictures from Will and Shane. 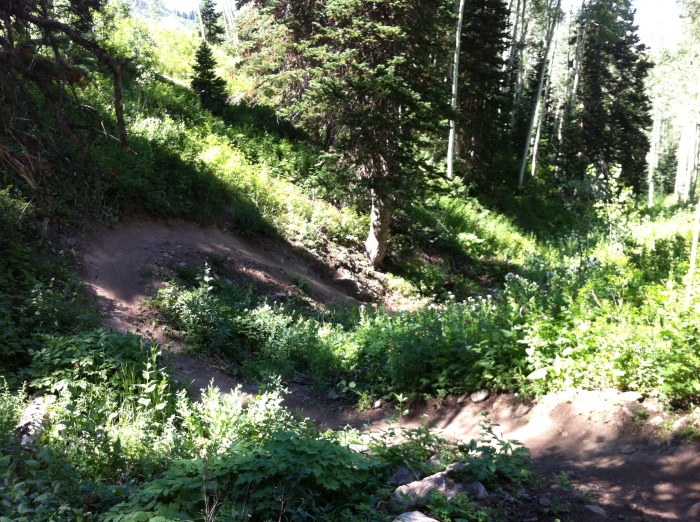 One of our favorite runs: “Payroll,”which made me wonder, “I’m getting paid to do this??” 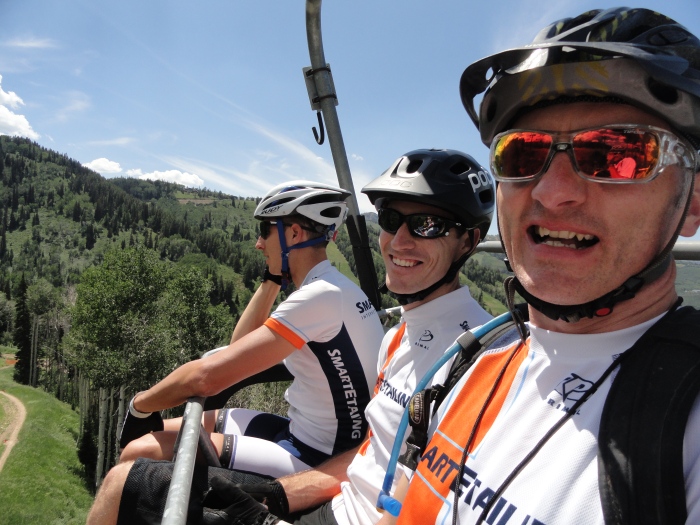 Shane, Stephen Downey, and me.

Downtown Park City. Last time I was here on this nasty hill I was doing this in the Tour of Utah: 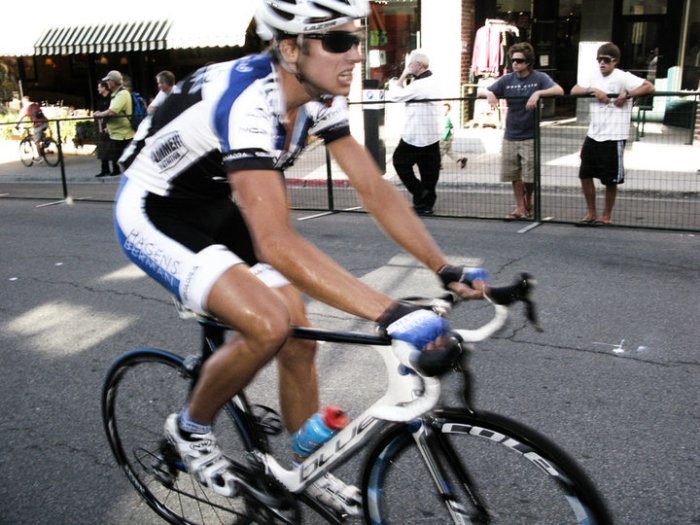 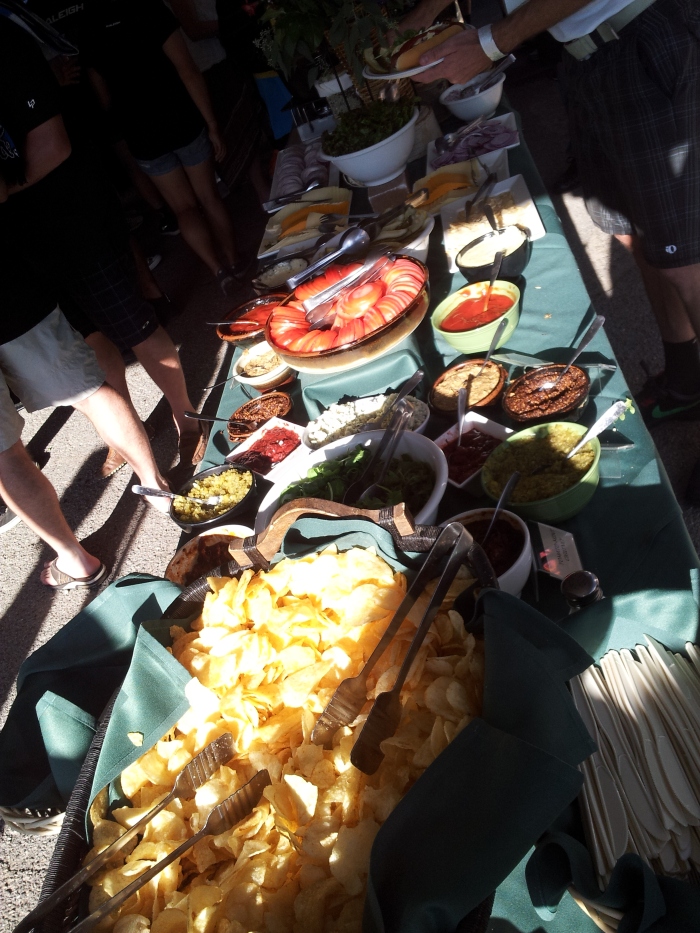 Since I’m currently on a two-week long rest I wasn’t concerned about training or keeping my diet in check. At all. Here we are sneaking into the VIP Raleigh tent for some eats and treats. We were also treated to a pretty amazing food stipend. I’ve been trying for years to get on a team with a food stipend. 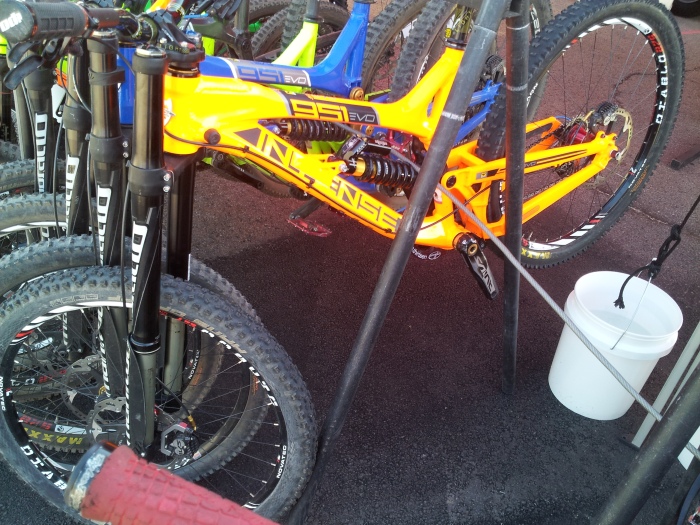 Not pictured here, but I tested a standard 26″ wheel Pivot Mach 5.7, an Intense Carbine 650B, and Rocky Mountain’s Element and Instinct–both 29ers. My favorite was the Mach 5.7. Best two descriptors: “Fucking” and “Awesome.” They don’t do the thing justice. Now if only I had a spare $6,000 lying around. 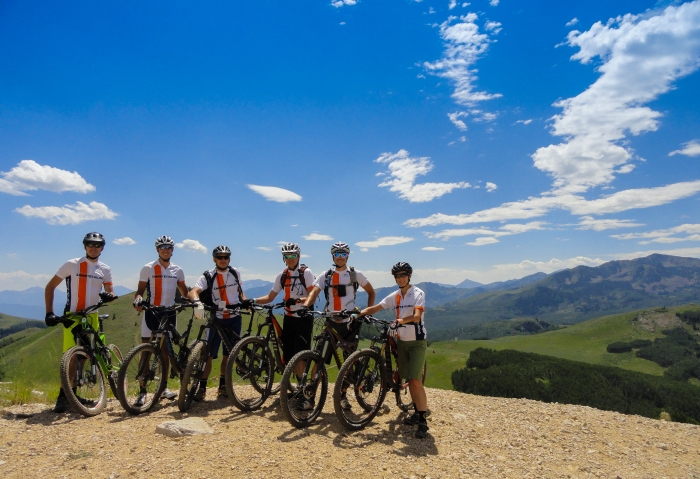 Left to right: Stephen Downey (AKA Downey Soft, AKA Downey Hard), me (AKA Blade, AKA Kittens), Shane (AKA Sweat Pants, AKA Sideburns, AKA Sweat Burns), Alex (AKA Corn Town, AKA Alexy), Will (AKA Willheim), Brittany (AKA Brit AKA Brittanime Destroyer of Dan). 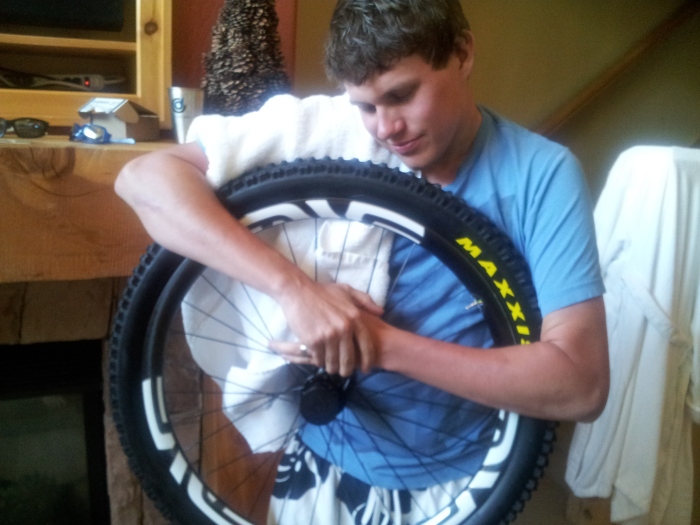 Alex with $2000 in his arms. We got to bring some of the product back to the hotel room to shoot later at night in our make-shift studio. 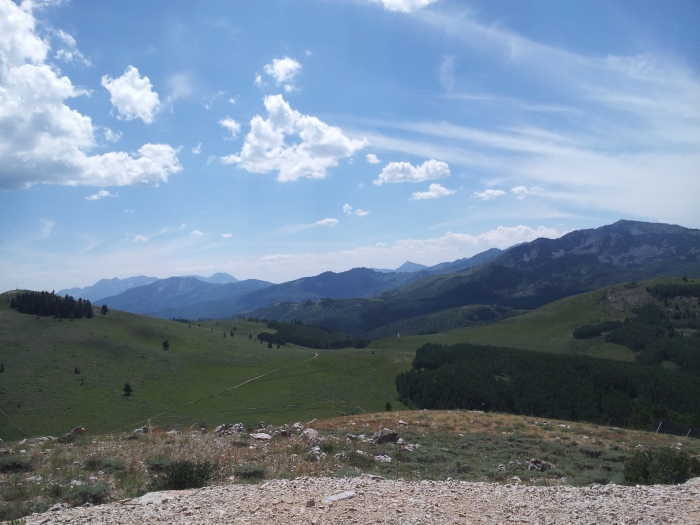 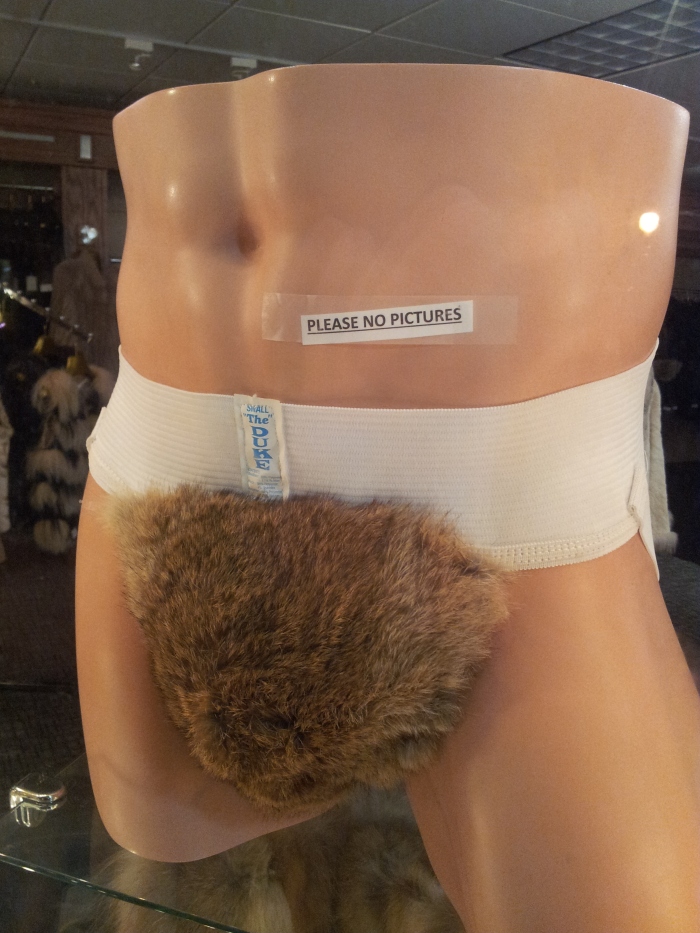