I decided not to make a fourth part to this series so this is the last one, focusing more on the early years.

2008. Adam Edgerton, David Kuhns, and I finish off the final few meters of the TTT at the University of Oregon/Oregon Stage collegiate weekend. I won the day before in the road race from a two-man breakaway. The other guy was kind enough to not sprint me since it was my home race. That’s collegiate racing for you: a great community of friends. It was a nice segue into the real sport. 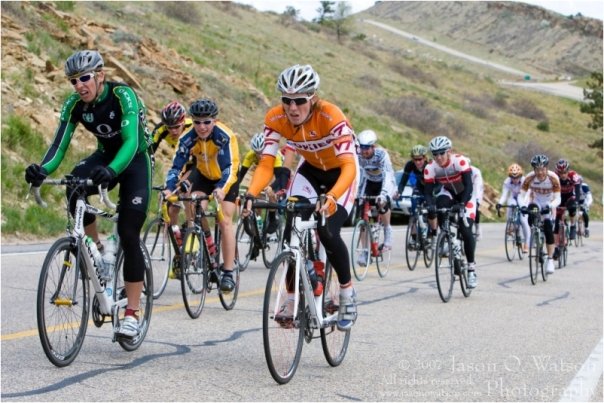 2008. Collegiate nationals in Fort Collins. I got my ass kicked.

2008. I rode for and worked at Life Cycle bike shop, which had the best-looking kit in Oregon. Gilad Gozlan, owner of the shop, coached me from 2007 until 2009, when I switched to Jeannatte Rose for a year. As you all know, Sam Johnson coached me in 2011 and 2012. I couldn’t have done it without these three selfless people.

2010. I lived back home at my parent’s house in Sherwood, Oregon off and on from 2009 to 2011, like any true pro wanna be.  I slept in an altitude tent for two years, and took it everywhere I went during those two years. It did not make me any faster.

2008. Derek Newel, Will Nieman-Ross, and Tony Guisto. These were some great teammates from UO. To this day a lot of my favorite training rides were with Tony and Will. I attempted to drive stakes through both of their hearts just about every ride we did together. No matter how badly I’d destroy them they’d always come back for more. Just like Will’s mother.

2006. My brother Galen and I camped out in the school soccer field for the Elkhorn stage race in Eastern Oregon. In between bike races, we painted three houses that summer, working for about three hours a day and riding for another three or four. It was a good life. I was paying galen roughly $3 an hour. My profit at the end of the summer went to buying a bunch of crappy bike parts for a pieced together piece of crap time trial bike that never really worked. Not much has changed.

2008. Tony and the Israeli team in Belgium. My first trip to Belgium was a long time ago it turns out. Tony (a cat 4) and I (a cat 2) had the opportunity to ride and live with a group of U23 and junior Israelis for a couple months after I graduated college. I spent most of the time racing through sicknesses and getting dropped or missing out on the breakaways from not knowing what the hell I was doing. My best finish was 17th I think. I was pretty proud!!! After all, weren’t all these Kermesses basically filled with Tour de France riders???

2008. At the ice cream parlor. This was the one time the Israeli coaches let their riders eat anything other than white pasta, boiled eggs, cabbage, and muesli. Meanwhile, Tony had brought over about 40 Snickers bars. They’re the only thing that got him through the trip. Me too. 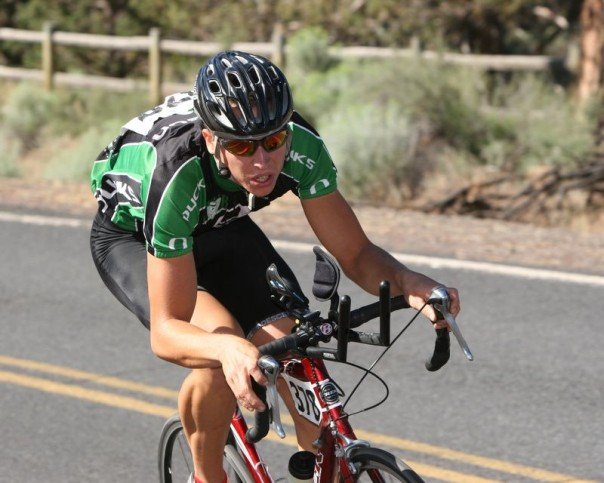 2006. High Desert Omnium time trial, borrowing Galen Miterman’s aero bars and not using them for some reason. My contempt for time trials materialized early in my cycling career.

2007. At Point Arena, northern California for a spear fishing/abalone diving trip with my family. Notice the bike in the background. Over the years I’ve been obsessive about bringing it everywhere I went. Maybe that was a good thing after all.

2008. Some random collegiate race on the Zing Supreme.

2010. San Dimas. I’m still a believer that high fructose maple syrup is the best option out there for rapid energy to the muscles during a race. 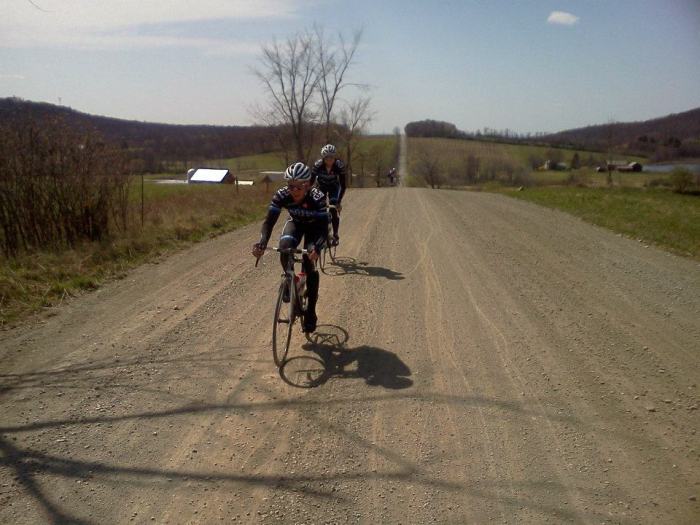 2012. Gabe Varella and I preview the Battenkill one day UCI. The next day, during the race, I flatted three times in the first half lap. My legs had been fantastic that day and I’d been riding at the front during the hardest climbs and gravel sections. I was so pissed off from my bad luck that when I was pulled by the officials (because what was left of the peloton was long gone up the road) I flipped them off and continued riding to the finish for another 60 mile lap by myself. I was fined $50. 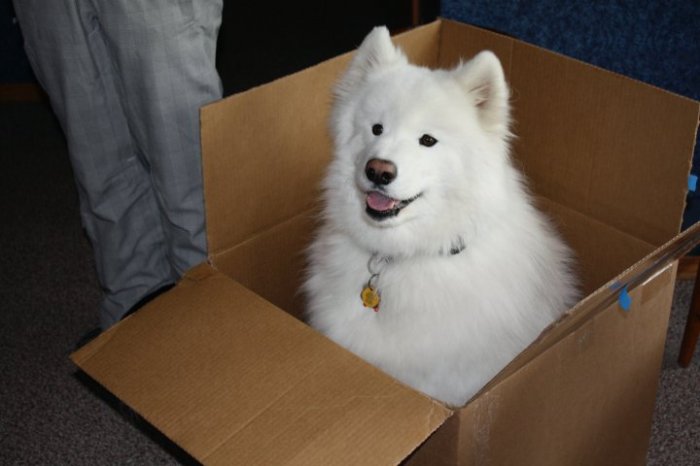 Thomas in a box.

2008. Belgium. Just completed my first kermess. And by completed I mean I got pulled with two laps to go. 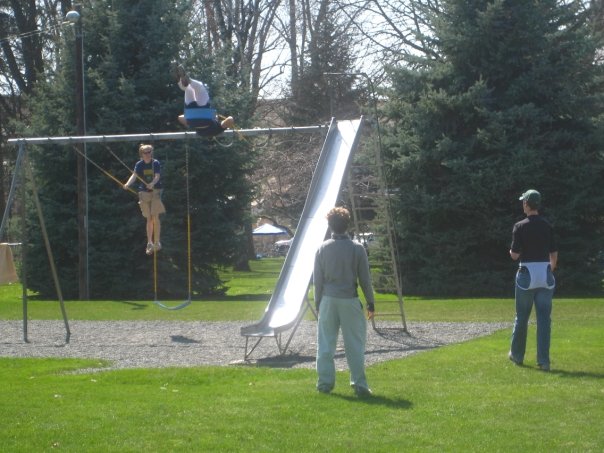 2008. Doing the post-race cool down  at one of the collegiate races with Will on the left and me in the compression tights. I just want to put it out there–I was one of the first people in the cycling world to adopt compression tights. I was doing them my first year way back in 2006, buying the thigh-high ones from Walgreens. Kennett Peterson: trend-setter, renegade, professional cyclist, and philanthropist.

2009. I went to live with Aaron Mike, Tony Profetta, and TJ Zalanski in Tucson after I graduated from college. Thus began my full-time career at not having a career other than bike riding. By the way this is a turkey neck, not my penis. 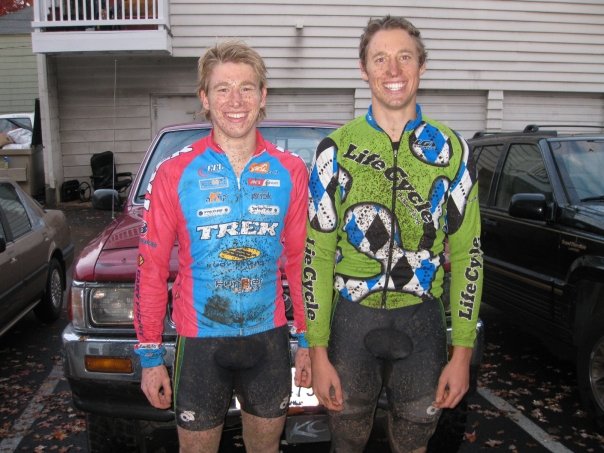 2009. Galen and I after a mountain bike ride in Eugene.

2006. Just about to cross the line at the High Desert Omnium in Bend. I’d crashed the day before in the crit, clipping my pedal while I was off the front by myself. I won this race by bridging up to Michael Sencenboss with about 35 miles to go. He and I drilled it so hard we caught and passed the Cat 1/2 breakaway (we were cat 3s). Michael cracked with 10 miles to go since he’d been off the front a full lap before I’d bridged to him, and when he tried sitting on a bit I began yelling and screaming at him to work. I threatened to drop him if he didn’t pull more. I let him pull until he was useless to me then I attacked and dropped him. I won the race by two minutes. Michael bonked and got passed by our entire field with a mile to go and finished dead last. I never even felt bad about it.

2008. Mike Brunelle, Ivar Vong, Tony, and I trying to look like idiots while juggling at our year-end cycling BBQ.

2008. Tony and I at the start of a kermess. Tony actually lasted over half way before getting pulled, which was pretty remarkable for someone who’d just started bike racing that year. 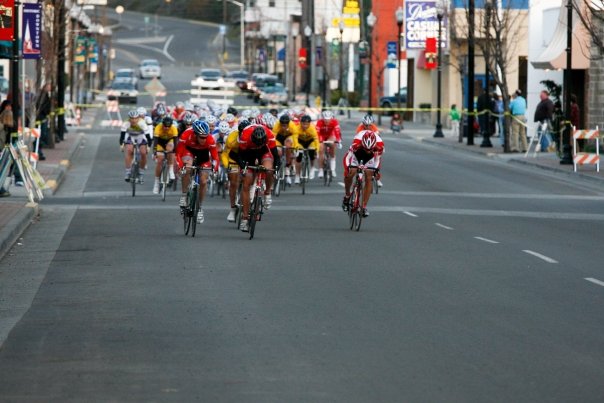 2009. Me leading Chris Swan out for a prime at the Cherry Blossom crit in The Dalles, Oregon. He got it of course.

2009. This picture may not seem cycling-related, but it is. I’ve met most of my current friends though bike racing. I met Quinn Keogh, on the left in the wetsuit, at Paul’s Bicycle Way of Life in Eugene, where I bought my first bike. He and I trained together over the years and still keep in touch. He ended up riding for Exergy in 2011 and 2012 until they folded. Unfortunately, most of the people I’ve met through cycling live in different cities and states (and countries) than I do, But it’s a strange community. When you go to a race at a far off city you randomly run into friends on the street or at the grocery store, which make places like San Dimas or Philadelphia feel like your home town. (Quinn and I were out diving for crawdaddy’s and these people needed a push to get off the shore).

2009. This was the first and best lightning bolt haircut I’ve ever had, courtesy of Leeann Newel.

2007. I went to a lot of races in 2007 in street clothes, too overtrained to race. A lot of people think they’ve overtrained at some point in their cycling careers. I beg to differ. There’s a difference between overreaching, burnout, and true overtraining. True overtraining takes months or years to get recover from. In my case it took about five months. After completing my first half year of bike riding and racing in 2006, I started doing intervals three or four times a week from September through November. I’d do up to forty 300-meter sprints back-t0-back with one minute rests. I did variations of these intervals and longer ones like it all fall, three three times a week. Sometimes four. I topped it off with a 120-hour month of training in Tucson over winter break. I came home in January to school and continued putting in 20 hour weeks, getting slower and slower and sicker and sicker. By March I was useless, getting dropped from cat 3 races. Earlier in Tucson I’d been dropping cat 1s up Mt. Lemmon. Not knowing what was going on, I took my friend, Geoff Huber’s, advice and introduced myself to Gilad, the Israeli who ended up coaching me for the next two years. Gilad immediately saw the crazy in my eyes and the fatigue in my body. The first thing he had me do was rest for two full months. Then I did a bit of riding and cross training, slowly building up until I finally had his permission to do a short stage race in September. I took 2nd in the road race. I was cured. Then, the day after the race, it was time for the offseason. The punishment of overtraining had been a year of no racing and I learned my lesson. No wait, I didn’t.

2007. This was the first UO group ride of the fall, where new members rode with us for the first time. The guy back there in the red had claimed that he could sustain 25mph for 100 miles on his mountain bike. We never saw him again after he was dropped on this easy 20-miler. This should be a reminder of how unflattering bragging looks, unless you’re actually really fucking fast like me. 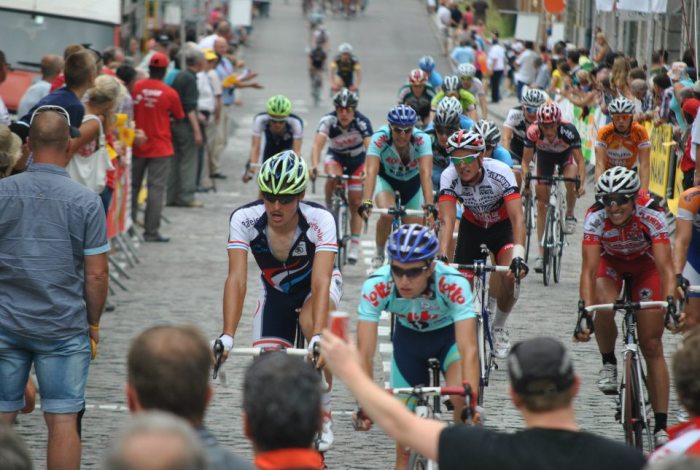 2012. Here I am at the Tour of Namur again, getting the hurt put on by some strong Belgians. I was sick during this race (go figure) and wasn’t able to finish the final day.

2009. Jim Anderson, Chris Swan, and I looking really worried and eager about something. This was during the last rest stop/check point of the Rapha Gentlemen’s ride in September, which started on the Oregon coast and ended at a brewery in Portland. I chugged three beers immediately upon finishing since they were free and it was the off season. I chugged more later.

2009. The Rapha ride is an unofficial race: a team time trial where everyone has to finish together. Our team consisted of Chris, Jim, Adam Edgerton, Brian Marcroft, and Rob Anderson. It was my favorite day of riding that year even though it wasn’t even a real race. 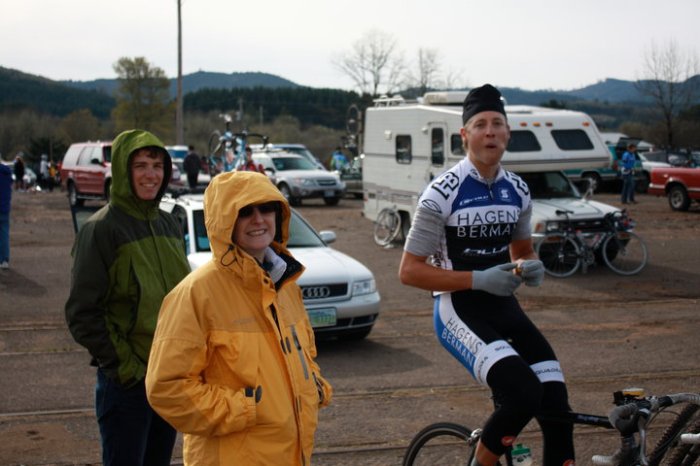 2010. My mom, Tim Schulze, and I before King’s Valley in Oregon. I don’t know why I was on a trainer before a road race. Oh yeah I do. Because my plan was to attack from the gun and ride the whole thing solo and I needed to be warmed up. I had confidence but not the legs to do it.

2009. Aaron and I had some fun with WD-40 on New Year’s eve in Tucson. The next morning we woke up to charred ceilings, walls, and many other items. I had been completely sober. Aaron had not. 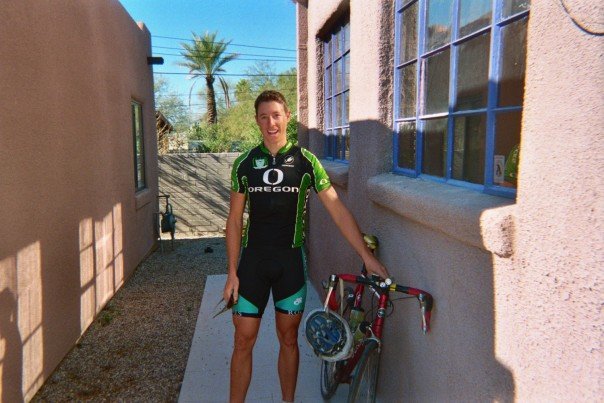 2006. Here I am, all smiles, mid-way into my ridiculously long,  hard month of solo training over Christmas break down in Tucson. Even back from the beginning my mind has always been much stronger than my body. Although, I’m pretty happy that I was so naive about this whole professional bike racing thing. I had no idea how hard it would be and how long it would take to reach my goal, and still don’t because goals constantly evolve. I’ve been very fortunate in the fact that I’ve had the level of support from my family and so many great friends to pursue this dream. I expected big things from myself back then. And I still do. Next year will be an adventure.