Racers, cycling fans, teams, race sponsors, team sponsors, and race promoters: abandon all hope!! All is lost! American cycling is in the shitter and the toilet, stained with my decaying hopes and dreams, is about to be flushed.

When a business starts going under one of the first things the high ups think of doing (if they don’t know any better) is to cut the advertising department’s budget. This is the exact opposite of what the company should do. I know this because I took a 200-level advertising class way back in college. You may think to yourself, “Well of course those advertising, PR-machine bastards taught that in an ad class…damn biased liars are just fighting for the crumbs.” Well, that’s exactly what cycling needs: self-promotion. Lucky for us, race coverage is all we need for self promotion.

For years Lyne Lamoureux of Podiuminsight has had the best race coverage, photos, and in-depth interviews out of any media outlet featuring men’s and women’s North American cycling. The amount of work and time on the road she’s put in throughout each season is baffling. And, due to little or zero funding, the feat has been even more awe-inspiring. But the word on the street is that Podiuminsight is no more.  It will not continue for 2013 due to the financial strain of hotels, travel, and other expenses that have mostly been footed by Lyne alone. I didn’t ask her permission to write this or to start the Kickstarter thing, and she isn’t aware that I am doing it. But I’m not doing it for her. I’m doing it to help us all, so mainly for selfish reasons.

To everyone who’s livelihood is dependent on North American cycling: chip in and let’s get Lyne to continue this great service. Cyclingnews and Velonews do some coverage of the domestic scene, but not nearly enough.

There are just a handful of men and women US continental teams for 2013 and I personally don’t want to see this depressing downward trend continue for more seasons to come. Races, sponsors, and teams are disappearing. This we all know. The last thing we should do is cut our best advertiser and leave ourselves in the dark. 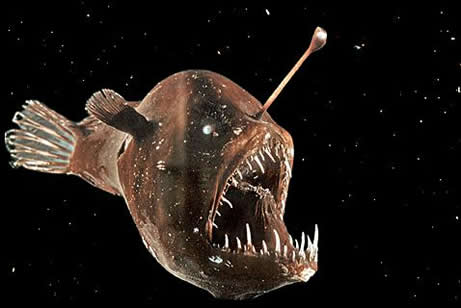 How would this fish attract any food in the dark? He’d starve! (I mainly just needed this pic for a cool facebook thumbnail to attract you guys–much like the angler fish attracting its prey).

Assuming you’re all a bunch of cheap bastards like myself, this won’t work. So my hopes are not high. I’ll be the first to pledge $110 though. If each continental team and each elite domestic team gave $500 or $1000 we’d have a good amount for Lyne to work with. I realize this is a lot for some elite teams. But it will help us all in the long run. If you want to give some personal money, go for it. But teams like Bissell, Jamis, Optum, Exergy Twenty16, Jelly Belly, Tibco, Five-Hour Energy—you guys stand to lose the most with the demise of Podiuminsight. And you too race promoters. Cough it up!

Lyne, I don’t want you to feel compelled to take on another season if we do in fact raise the cash. But I hope you go for it. Everyone else, please spread the word by sharing this and littering the Kickstarter link (below) on every social media outlet you can think of. Thank you!

For those of you who don’t know, the way Kickstarter works goes like this: you donate however much money you want (let’s say $4) and if the project reaches its goal amount you get charged $4. If the project doesn’t reach its goal, you get charged zero dollars. You can add or subtract however much money you originally put in AT ANY TIME! The deadline for meeting the goal amount is Sunday night, April 7th. That’s just over a month away. Let’s make this happen.

One thought on “Kickstarter for Podiuminsight”