Hello, I’m writing on behalf of ‘Jen the Coon Lova,’ who enjoyed my Funny Raccoon Jokes post so much she’s been pestering me for nine months to do the follow up post about Funny Muskrat Jokes. Now let’s get one thing straight before we set off on this riot ship: raccoons are renown for their blaring humor, whereas Muskrats are famous for their subtle sarcasm and nimble nuances. So if at first you don’t get the joke, take your time and let it absorb like slowly melting butter filling the cracks of a hot piece of toast. Muskrats are a refined beast, and I intend on portraying them accurately with sophisticated chuckle.

Q: Why did the Muskrat go to the seven-year-old’s birthday party?
A: Because it wanted to get some hot, nasty seven-year-old ass (Note: this is in no way a pedophilia joke because the average life span of a Muskrat is only 3-4 years. If anything, the seven-year-old would be taking advantage of the muskrat).

Q: How much does a muskrat weigh?
A: 1/3rd as much as an animal or inanimate object that weights 2/3rds more than that particular muskrat.

Q: Why don’t muskrats wear perfume or cologne?
A: It would hinder their natural musk. (This is funny due to the muskrat’s name).

Muskrat walks into a bar. Bartender asks, “What’ll you have?” Muskrat orders seventeen shots of whisky and drinks them over the next 70 minutes. The muskrat dies of alcohol poisoning since it only weighs three pounds.

Q: How many dead muskrats does it take to screw in a light bulb?
A:

Q: Why did the muskrat cross the street?
A: To forage on duckweed, cattails, and slow-moving fish.

Q: Why don’t muskrats like beavers?
A: Because being a muskrat isn’t a choice.

Okay that’s literally all the muskrat jokes that exist. When I hear a new muskrat joke I’ll post it in the comments section, though don’t hold your breath (muskrats can hold theirs for 15 minutes) because it might take a while for a new joke to come about. 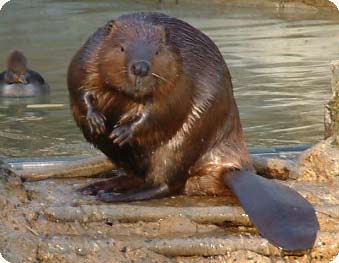