This past week has been non-stop action. Waaaay too much travel, hard racing, sleeping in a different bed almost every other night, large groups of people in which I had conversations with non bike racers…it’s been stressful. I’m back in the comfort of Belgium now, preparing for three more weeks of kermess racing to cap off the season, you know—just in case I’m not fully depleted yet.

I’m still sick. Even worse than when I left. I’m having big regrets about racing the Sunday before last at that Rochefort interclub. If only I’d rested instead…things would have gone much differently this week. Or the same. Or just slightly differently. Or medium differently. One of the four.

Each time I’ve been on a plane the past two months I’ve been one of those people everyone loves to hate: a sick person-—hacking, wheezing, constantly blowing my nose, asking the person next to me if they’re “going to finish that.” I avoided the awkwardness of begging for leftovers this last flight by waiting for the woman next to me to fall asleep before I snuck the untouched bun from her tray. Sneaky sneaky!

The only good thing about being sick while traveling is that I wasn’t worried about getting sick. My usual paranoia was replaced with such carefree relaxation that it almost made up for being sick. This time I’m doing things right and recovery fully before I start up again. I think it will just be a short while too, because the nice woman at the pharmacy gave me a bottle of codeine. In fact, I’m pretty sure one dose of it cured me. Race tomorrow?? Nah, JK.

I already talked about the road race, so here’s a quick power-less point presentation of the Univest crit:

Point A) It was hard.
Point B) I was in a short breakaway, after which the race seemed even harder.
Point C) Gabe attacked a lot.
Point E) 90 minutes in, Cody told me he was deep in the box. At the time I was in too much pain to think of a sexual innuendo.
Point F) Ian got 4th!!!!!!!!
Point G) We ate Chipotle afterwards in celebration, bringing to an end the longest span of my life without Mexican food.
Point H) There is no point D.

Although I didn’t get the results I wanted, I can’t complain about the weekend; it was one of my favorites of the year. The race was awesome (there needs to be more hard one day circuits like this in the US), our hosts were amazing, it was a breath of fresh air to meet some new people who weren’t English, and it was great seeing my teammates one last time before the winter.

Here’s some pictures, none of which are of the race. For those, just imagine a bunch of bikes with people on them sweating.

Every bus in New Jersey is a short bus. 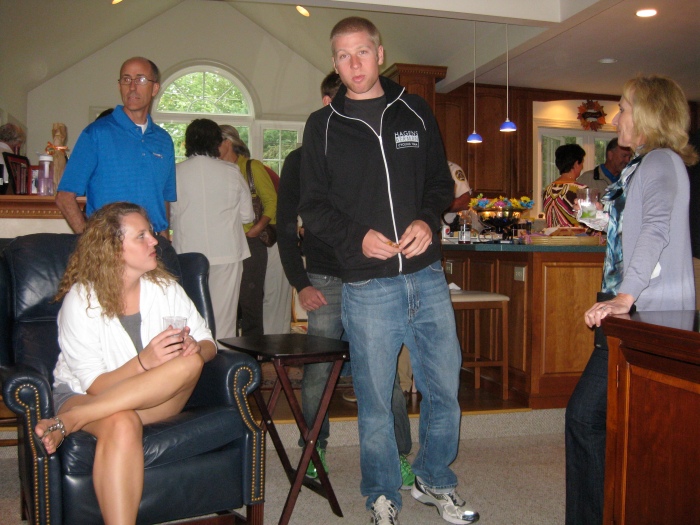 Post race party at the Mayor’s house on Saturday night. “Oh my God look at all these people. What do we do!!”

Answer: Retreat to a dark corner amongst ourselves, leaving only to get more food. And speaking of food: 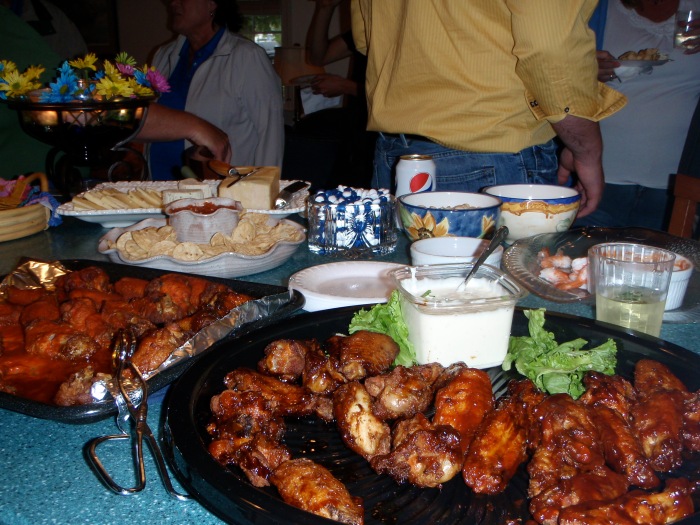 The next night after the crit we were forced to eat even more good food. Philly cheese-steaks, Italian sausages, and grilled vegetables. 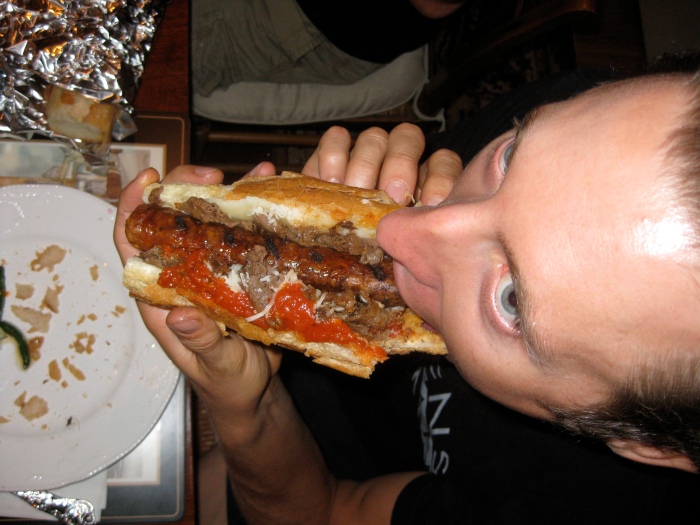 Philly cheese-steak/Italian sausage combo. Had to be done.

Chris had never tried putting a sausage in a taco before. He said it was good. 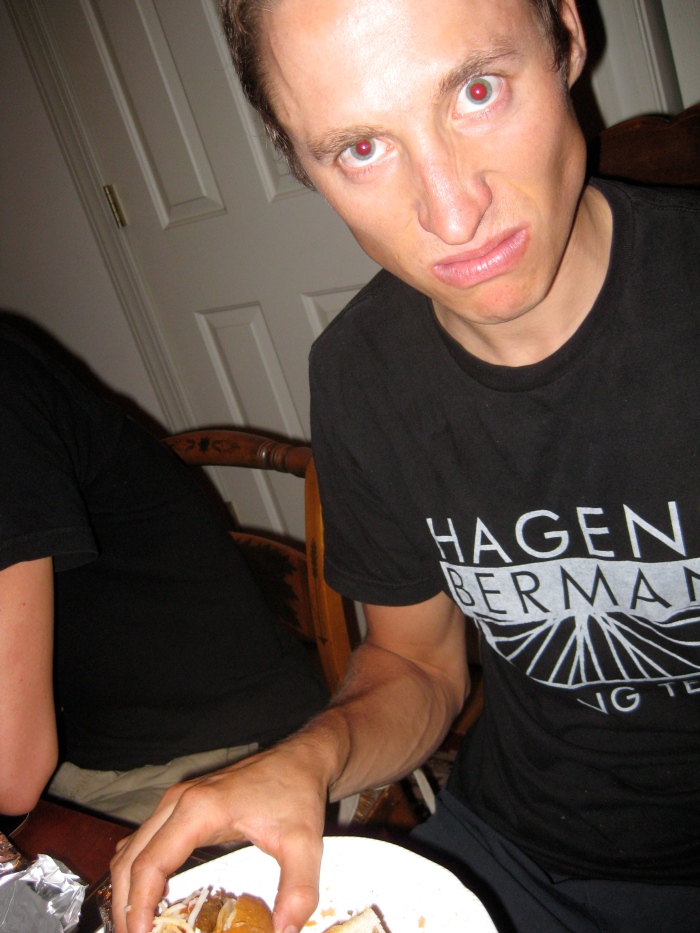 It was a great weekend and I’m missing Pennsylvania already, though I don’t quite understand the name. I didn’t see one veiny pencil the entire trip! HAHAHA. You’re welcome for that.

A quick trip to paradise and it’s back to living the dream in a dirty Belgian apartment. It’s cold, damp, and it almost feels like home. Uh oh. I’m upstairs typing on the computer in the windowsill and just saw Evgeney hit a parked car. And the owner saw it happen. Time for drama.