But before we get into that I’m gonna make you read a quick and to the point blurb about yesterday’s stupid race. Nothing special about it. I even told myself it wasn’t worthy of a blog post. But in the end I had to write something to flesh out my thoughts about it, which is one of the main reasons I like to write–to learn and think. Garrison Keillor once said, “You yourself don’t know what you really think until you write about it.” Unfortunately I heard him say this during a TV interview, not on paper, so I’m not sure if he really meant it. Anyways:

Lap 1: I did a sidewalk attack during the neutral roll out and went from the back to the front. We did another 10 minutes of easy neutralized riding, took a pee break once we were out of town, and then immediately began attacking without any signal from anyone. I slowly drifted backwards to avoid wasting energy.

Lap3: More sitting in. I was wondering when the race was going to get hard. I was told it would be a bunch finish or a later move, so I avoided trying to get in a break.

Lap5: Someone drifting backwards through the pack after an attack caused a chain reaction of brake-grabbing. I slowed in time but the guy behind me didn’t, ran into me, then crashed into a parked van. A few minutes later in an unrelated event, two guys decided their argument couldn’t be solved with words so they dismounted their bikes at the side of the road and duked it out 1920’s boxing style.

Lap 6: The breakaway, finally succeeding midway into lap 5, was now 1:15 up the road. I moved up in the pack. The mentality that I got from everyone was that the break would be caught by the peloton or bridged up to by a later move.

Lap 7: I began attacking in between bouts of fake Quickstep pulling on the front. They’d drill it, blow up, the race would begin shattering as the aggressors tried getting away, nothing would stick for long, then Quickstep would come back to the front just before things blew to shreds for good (too bad). Someone ran over a pretty girl on the sidewalk, going 50+ km/hr. The peloton ooed, awed, and cringed.

Lap 8: I ate a waffle and continued attacking and following moves. My legs felt better than ever.

Lap 9: I began a feud with rider #133: I did a monster pull and bridged solo across to a split up the road, went straight by them when they sat up, bridged across to another split but didn’t close the gap completely and instead elbowed for the guy who’d latched onto my wheel from the last split to come around and finish it off. He pulled through for one second, blew up, and elbowed for me to come back around for the final pull. I yelled at him, he yelled back, I shook my fist, he shook his, and we argued until another group came up behind to stitch the gap up for us. We both spent the next half lap off the front trying to get away in various moves, each of us trying to screw each other over when we could. Show no mercy.

Lap 10: I got a bottle thrown directly into my head by someone else during a feed zone. Accident? Probably not but I have no clue why I deserved it and wasn’t quite sure who done it. I sought revenge. And attacked.

Lap 11: Still attacking. Going with everything now. One of these moves is going to work! Fake Quickstep was blown to shreds; the gap to the break was under a minute. I followed a long string of moves except the ONE move that got away (I know, the story of everyone’s life). A teammate of mine had followed an attack so as other guys tried to bridge the small gap, I sat on to kill it or get a free tow. I did not get a free tow, and decided to be a good teammate and not bridge up there myself and drag others across. My teammate and the others he was with dangled off the front for a few minutes before forming a working unit and gradually riding away from us, reaching the breakaway a lap later, and becoming the large winning move.

Lap 12: I stayed somewhat close to the front but missed a few secondary moves that went up the road. I didn’t care that much since we were racing for 30th by that point.

Lap 13: I rolled through the finish line in the bunch, avoiding being a douche and sprinting for 50th. Race over. This was the first race over here that I’ve used my powertap wheel, so despite not getting a decent result I at least had some good data to look at when I got home. I spent a total of 37 minutes between 470 and 1200 watts in my “supra max zone,” according to poweragent.

After the race while waiting in the parking lot: I drank a liter of orange soda, ate a can of rice pudding, and felt ready to do another race. Magical legs today but no luck. Just have to continue throwing it out there and one of these times a fish will chew…or however that saying goes. 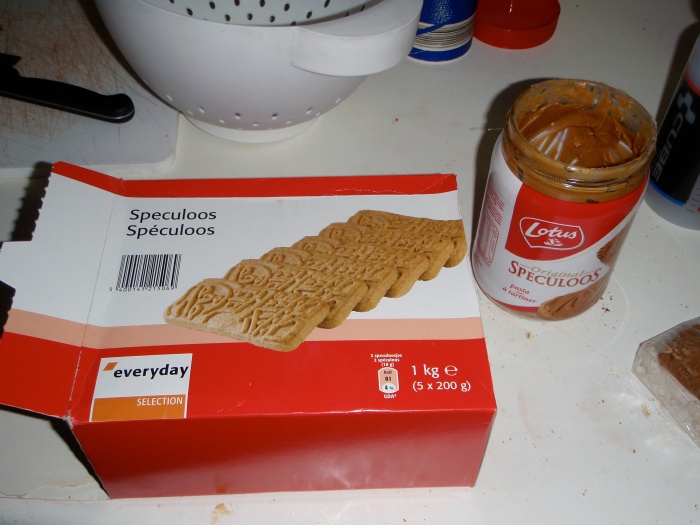 700 grams of speculoos paste. 1 kilo of speculoos cookies. Jake, Justin, and I ate all of it this afternoon and evening. (Speculoos cookies are basically ginger snaps and the paste is pulverized cookies with extra oil, made into a peanut butter type spread) 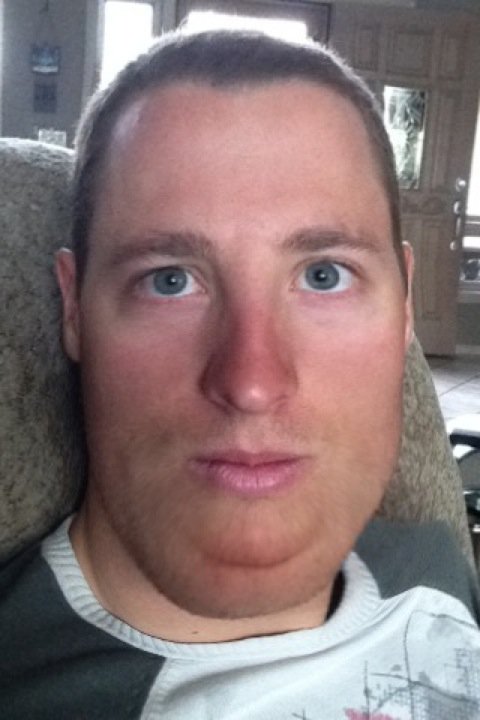 Bigguns only do downhill races now!