I woke up at 6:10 this morning and my mom and I drove out to Henry Harrison Hamilton Haphazard Hagg Lake for Banana Belt #2. Apparently no one else did. I’m almost positive there was supposed to be a race there today. With that said, there can be only one reason why no one else came: pure intimidation. I guess the word leaked that I’d be racing, which must have scared off the rest of the cat 1/2 field. I don’t blame them. I wouldn’t want to wake up early, drive all the way out there and race in the cold for 2nd place either (Cherry Pie excluded). But what shocked me was that none of the racers in the other categories showed up either. Yes, the wind I create while thundering by at immeasurable speeds is hurricane force and would surely knock over small children and dogs. But assuming you’re holding onto something, an average sized person would suffer only minor injuries.

As consolation, I was offered a couple bunches of bananas by a scared OBRA official, cowering in fear as I approached.  I devoured all seventy of them immediately and  let out a deeply agitated war cry, setting off an avalanche up in the hills, which is why you see all the snow in the picture below.  I’ll let this one slide, but there better be a good turn out for Piece of Cake. 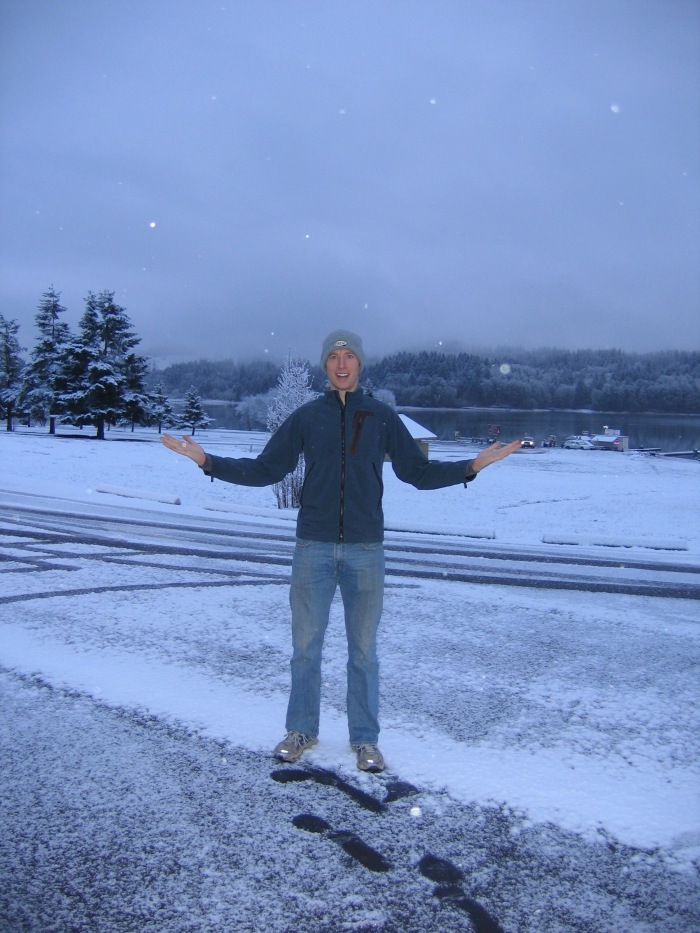 Where the hell is everyone???